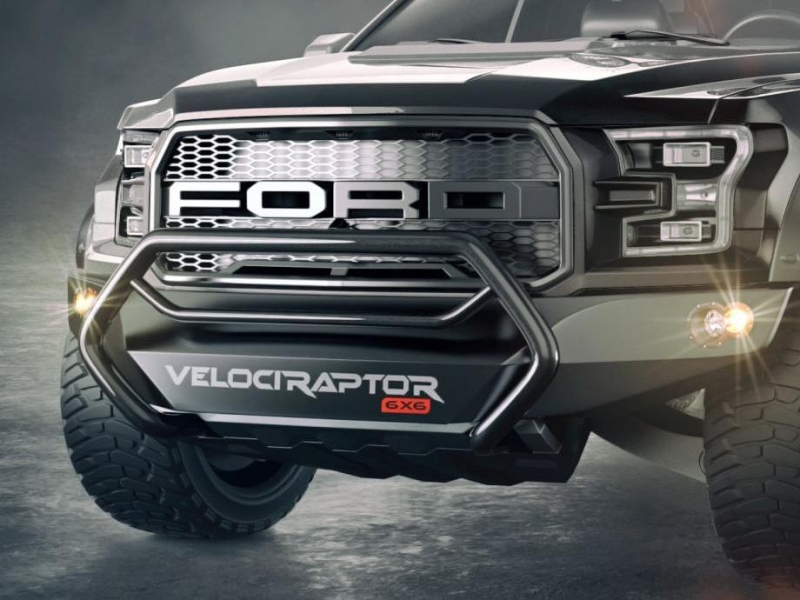 The grand total of $317,500 is almost exactly the same as six regular Raptors, but the VelociRaptor is sure to get six times more attention anywhere it goes

Six hundred horsepower. Six-wheel-drive. Meet your terrifyingly awesome twin-turbo nightmare: The Hennessey VelociRaptor 6x6. Hennessey Performance took one look at the 450-horsepower 2017 Ford Raptor and said, "sure, but what about more?" Two more wheels, another driven axle, and 150 more horsepower later, you've got this monstrosity. Buckle your brain-belts, it's about to get radical in here. 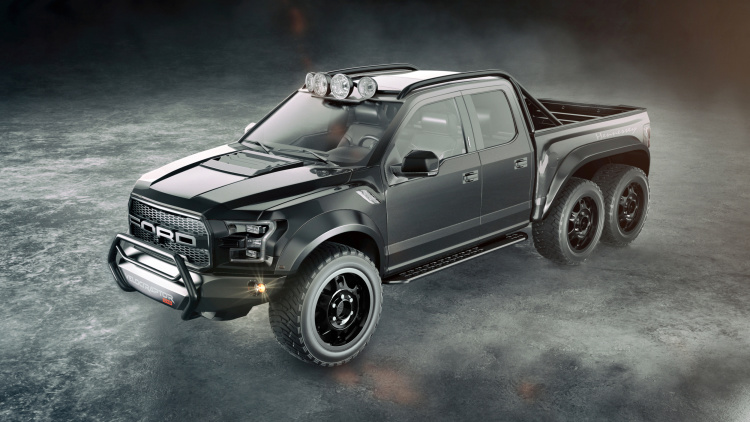 Hennessey says the VelociRaptor starts at $295,000, including the 2017 Raptor SuperCrew on which it's based. The rest of that money goes toward the 6x6 locking axles, upgraded Fox Racing suspension, new 20-inch wheels and super-wide tires, custom bumpers front and back, a bed-mounted roll bar, and all the LED lighting you could ask for. Coincidentally, the grand total of $317,500 is almost exactly the same as six regular Raptors, but the VelociRaptor is sure to get six times more attention anywhere it goes. 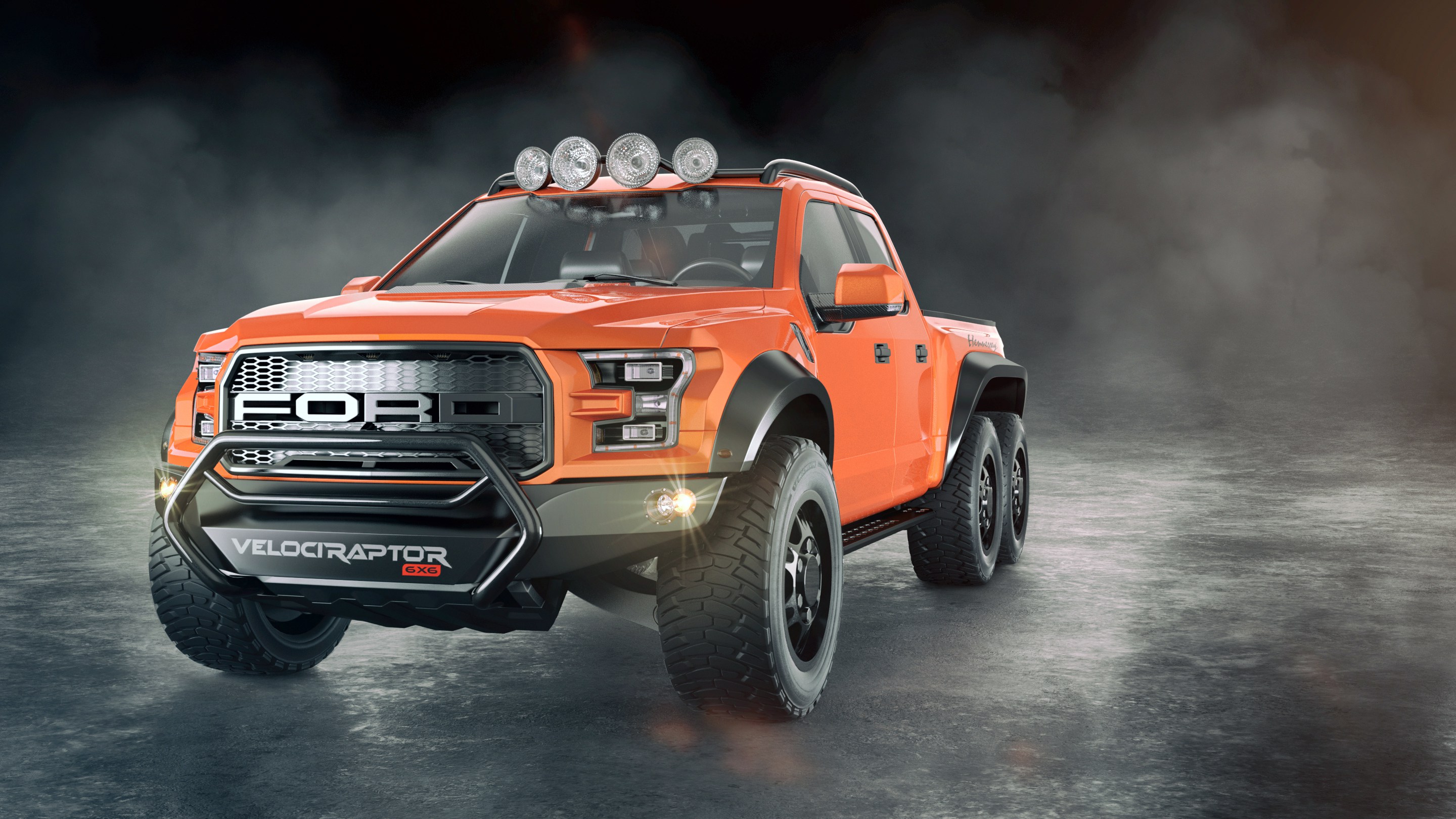 Those who want all that power without a 50-percent increase in tire costs can opt to equip their 2017 Raptors with the VelociRaptor 600 engine upgrade and forego the 6x6 conversion. The engine kit brings new turbos, a custom exhaust, front-mount air-to-air intercooler and a new ECU tune, bringing power output to "more than 600 hp" at a cost of $22,500. There's no promised availability date yet, but John Hennessey confirmed that the Texas-based tuning company will gain access to an early-production Raptor shortly, which will be used to build the six-wheeled monster.