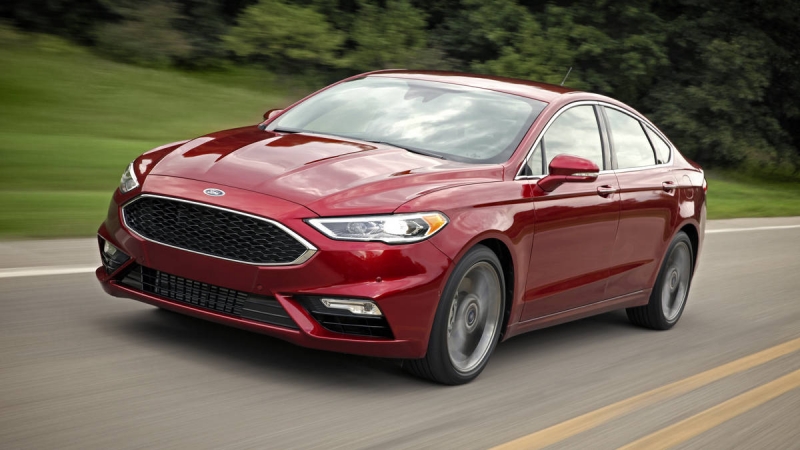 Ford aspires to move its Fusion up from the bottom half of the pack with a new Sport package for the otherwise mildly revised 2017 model.

The new model is in dealerships now with a starting price of $34,350, which is less than a top-of-the-line Platinum Fusion and comparable to what you would pay for any other powerful midsize sedan. 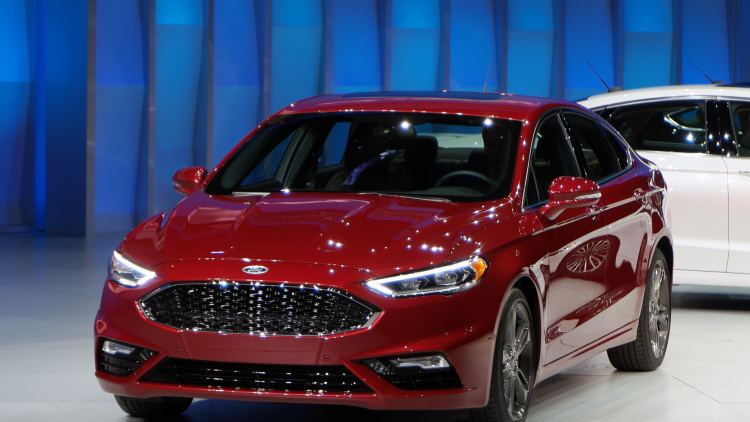 The only available powertrain in the 2017 Fusion Sport is a 2.7-liter twin-turbo V6 making 325 hp and 380 lb-ft of torque matched with a new six-speed automatic and all-wheel drive. You may be familiar with that EcoBoost, it’s been known to pull around an F-150 or two. The Fusion Sport comes in at a porky 3,982 pounds, that’s 377 pounds heavier than the Honda Accord, its main rival along with the Toyota Camry. Both of those sedans also offer overpowered V6, making this a sweet time to get into midsize sedan ownership.

The six-speed transmission has been programed to automatically downshift one gear in Sport mode and not upshift in a corner for more torque. The car has rev-matching, and the paddle shifters do not time out, providing complete control of manual shifting until you disengage them.

Most of the substance from the 2013 Fusion returns intact for 2017. The basic body shell hasn't been touched and most of the interior pieces are more-or-less familiar. The superficial changes include a tweaked grille with different textures depending on trim, new LED headlights on higher line models, and of course new wheels. Inside the forward storage bin has taller sides to hold things in more securely, the center arm rest is a bit longer, and the driver's dead pedal has been reshaped. There's nothing radical in all that. 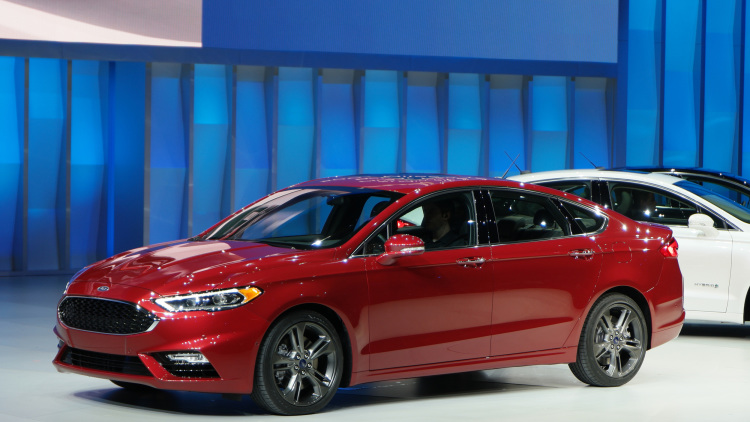 The Fusion Sport starts at $34,350 and heads expeditiously for $40,000 with navigation, various driver assists, and sparkly paint options. We expect it to succeed in large part because of the upgrades that Ford invested in this mainstream model for the 2017 facelift.