Ford Motor Co. will invest $1.6 billion on a factory in Mexico 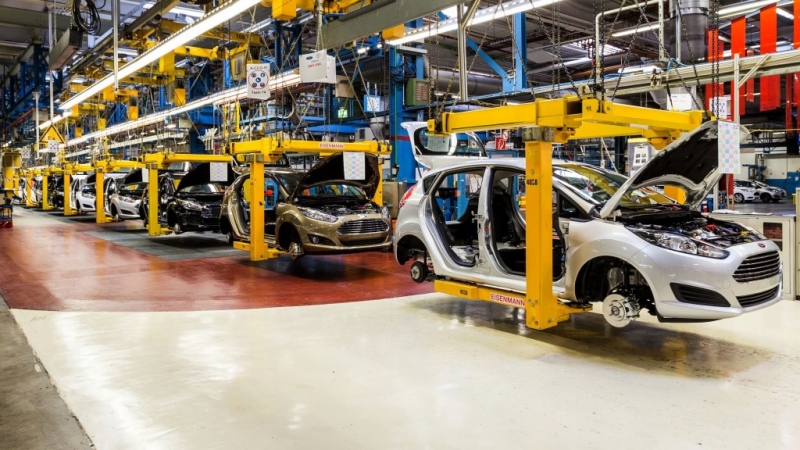 Ford to open plant in Mexico with 2,800 jobs

Ford announced plans Tuesday, April 5, 2016 to build a new plant in Mexico, investing $1.6 billion in the facility that will employ 2,800 workers.

The new factory will be sited somewhere in San Luis Potosí, a state in north-central Mexico. Ford said that the new Mexican factory won't affect jobs in the United States. The Blue Oval has hired about 25,000 new workers in the U.S. over the last five years. The new plant will be the first new Ford factory in North America since 1986, when the company opened its plant in Hermosillo, Mexico.

Union members have said they expect the factory to get a new version of the Ranger small pickup and a new small SUV called the Bronco.
At the New York International Auto Show in March, Ford Chief Executive Mark Fields said the company spends more than 80% of its capital in the U.S. and has committed to spending an additional $8 billion to $9 billion in the next four years.

Trump began criticizing Ford last summer after the company said it planned to invest $2.5 billion in engine and transmission plants in Mexico. Hinrichs said the timing of Tuesday's announcement had nothing to do with the presidential race, but instead with the timing of construction of the new plant, due to start this summer.

Most of the cars built at Ford's new Mexican plant would be sold in North America, with the bulk being exported to the U.S., the region's largest market.