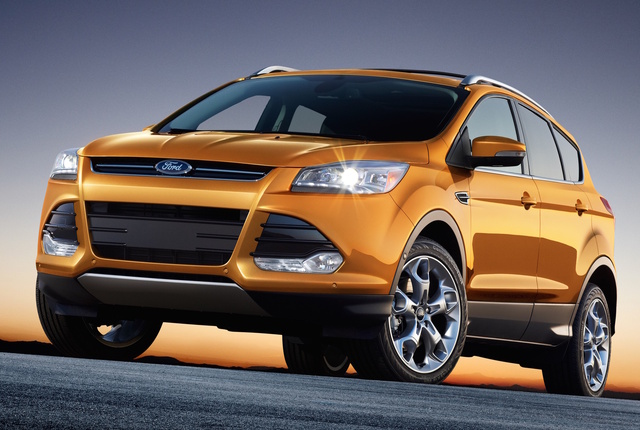 Fordâ€™s Escape crossover is a critical vehicle for the brand. Itâ€™s Fordâ€™s leading offering in the SUV space and as such is a crucial foothold in securing new customers, especially families.

Ford’s Escape crossover is a critical vehicle for the brand. It’s Ford’s leading offering in the SUV space and as such is a crucial foothold in securing new customers, especially families. Currently, the largest engine you can get in the Escape is the 2.0-liter EcoBoost four, which makes 240 horsepower. That’s a lot if it was plugged into, say, the Fiesta, and it certainly gets the job done in the Escape, but with Ford’s menu of turbocharged engines, there’s plenty of room to move up. Logically, there’s the 2.3-liter EcoBoost that makes 305 horsepower in the Mustang (and 345 in the Focus RS), but if that’s still not adequate, there’s the 2.7-liter and 3.5-liter EcoBoosts as well. These sorts of statements are usually fairly easy to dismiss, but with Ford planning the release of  12 new performance models by 2020 and similar rumors of a Fusion ST, it’s not outside of the realm of feasibility. We don’t know a whole lot right now, but we can say with certainty that an Escape ST would be a welcome addition, especially for fathers everywhere, to a soporific segment.