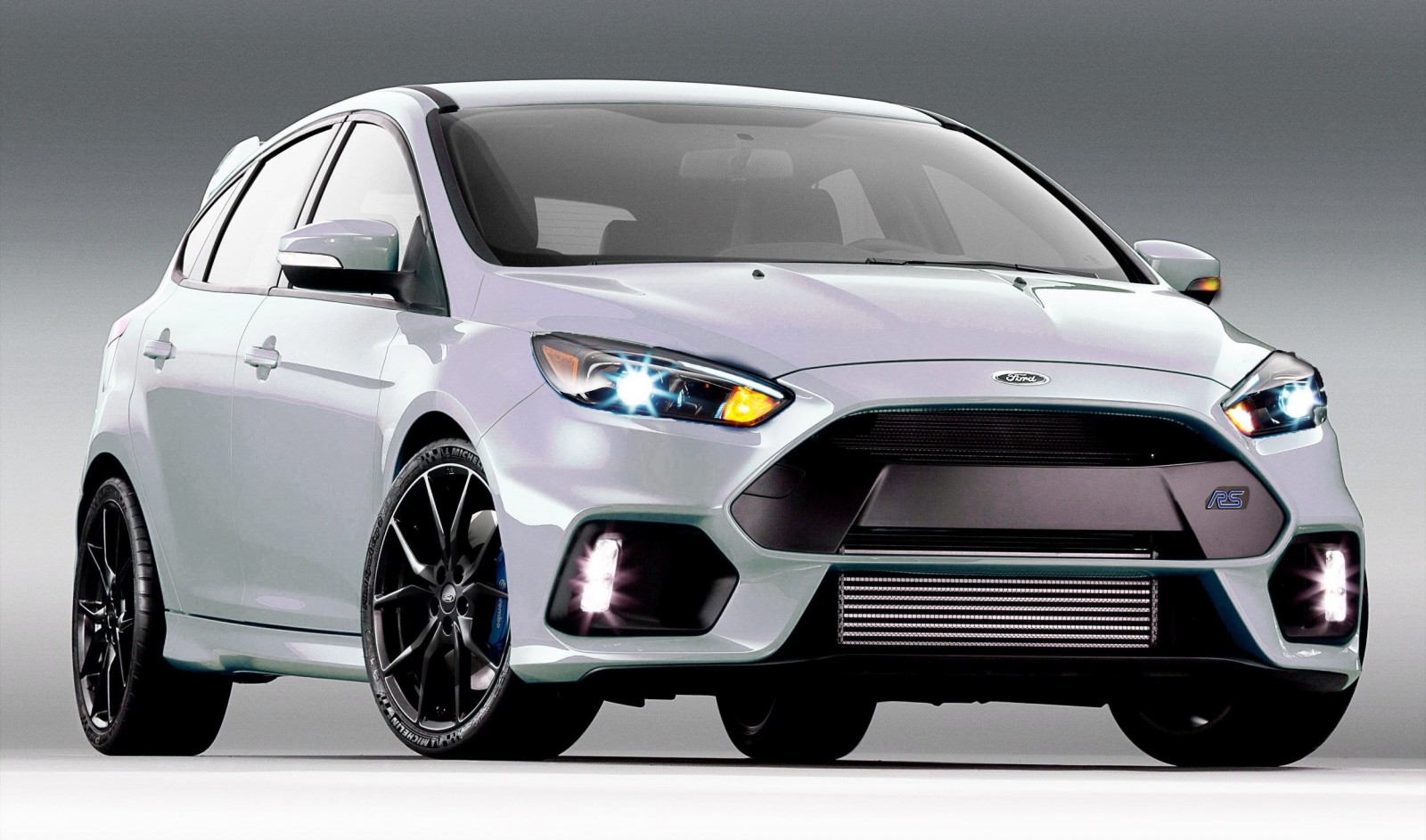 Ford confirmed back in February it would finally sell Americans the Focus RS, and this month Ford revealed pricing and option packaging for the much-anticipated hot hatch.

Ford confirmed back in February it would finally sell Americans the Focus RS, and this month Ford revealed pricing and option packaging for the much-anticipated hot hatch. Every American-market Ford Focus is built in Detroit, except the RS, which will come from Saarlouis, Germany. This gave me hope that the U.S.-market Focus RS would have pretty much the same spec it has worldwide. It turns out that’s not the case.

The base Recaro seats on the U.S. Focus RS seats are stolen from the U.S. Focus ST with the ST2 package, covered in slightly different style leather and cloth. They use the same manual controls and lack lumbar adjustment. They are polarizing, because they don’t fit all body types.
The Focus RS once again mimics the ST in regards to the rear seats. Our RS lacks the European “sculptured” three-place rear-seat setup with headrests fixed on the top of the rear seat, versus Europe’s nicer flush-mounted configuration. Euro cars are stuck with the old, slow, and outdated Sync 2 version of the MyFord Touch system. We get the much-improved new Sync 3 system on the Focus RS. Ford also says that Sync 3 will eventually support both Apple CarPlay and Android Auto.
Luckily, U.S. buyers finally get a Focus with a decent-size fuel tank. All other versions of the U.S. Focus (aside from the electric) come with a tiny 12.4-gallon tank in the U.S., but our Focus RS gets the same 13.9-gallon fuel tank fitted to the car overseas.