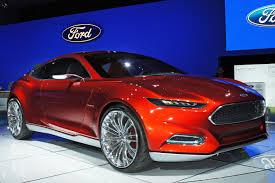 Ford Motor hopes Carla Bruni-Sarkozy's aura can create an allure for its brand in France.

Ford Motor hopes Carla Bruni-Sarkozy's aura can create an allure for its brand in France that its cars have been unable to do on their own. Ford, whose vehicles are popular in many parts of Europe, has only an anemic market share — 5 per cent — in France. The promo video, which had its online premiere Wednesday, imagines that Bruni-Sarkozy has secretly hired a no-talent doppelganger to take her place at singing gigs. When the stand-in (Bruni-Sarkozy, playing a somewhat mousy version of herself) is booed off the stage, she calls the real singer and begs her to come back.

No Ford cars appear in the two-minute spot, and the company is never mentioned, which raises the question of how Bruni-Sarkozy fits into the company’s attempt to sell more Fords to the French. Ford executives say they are trying to tap into what market research told them was a longing among a certain affluent segment of the French population eager to quit the urban rat race and start fresh.

Executives say that Bruni-Sarkozy is not becoming a Ford pitch woman. She will not, for example, appear in commercials draped over the hood of a Mustang. Instead, Ford is hoping the video with Bruni-Sarkozy, whose husband, Nicolas Sarkozy, was president of France from 2007 to 2012, will draw attention to a follow-up advertising campaign focused on cars.