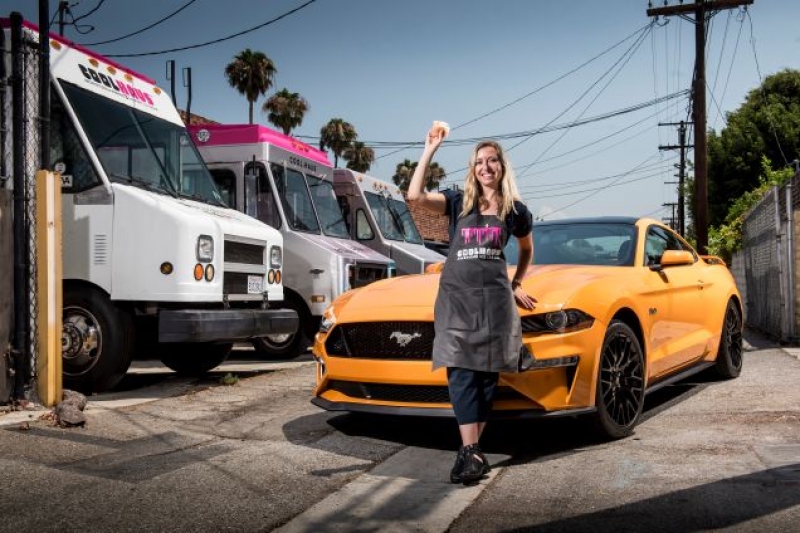 The sandwich’s big debut will be on Friday, and it’ll be free through Sunday at certain places in Los Angeles and New York City.

Automakers are always coming up with gimmicks to tease their upcoming products. We don't always take note, but when the gimmick involves edibles, especially dessert, especially ice cream in July, we make an exception. Since summer is hot, just like your brakes while trying to stop a Mustang from fast approaching the nearest curb, there’s now an ice cream to match the color of the car. To promote Orange Fury, the latest Mustang color that's new for 2018, Ford contracted with Coolhaus Premium Ice Cream in the Los Angeles area. 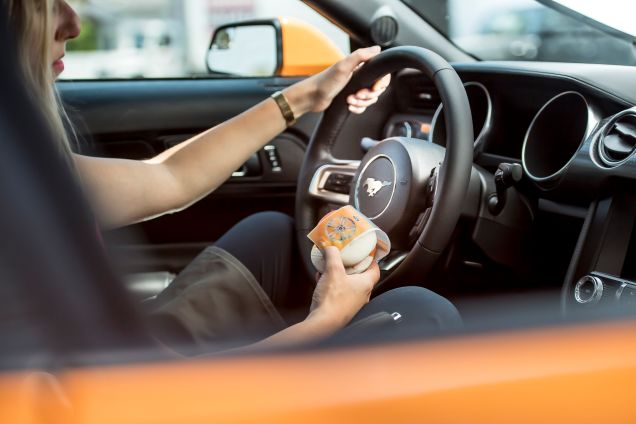 Haven't heard of Coolhaus? It was founded in 2009. Now, its ice cream sandwiches can be found in more than 5,000 stores in every U.S. state, including Whole Foods Market, Target and Safeway. The brand was recently featured by CNN Money in a story about the growth of artisanal ice cream. Ford said the goal was "to capture the essence" of the new Mustang and the new color. Ford's own color and materials design manager, Barb Whalen, was enlisted to work in a new medium, dairy products. She says she typically focuses on things like color research, leather seats and hand stitching, so this was definitely a bit different for her. 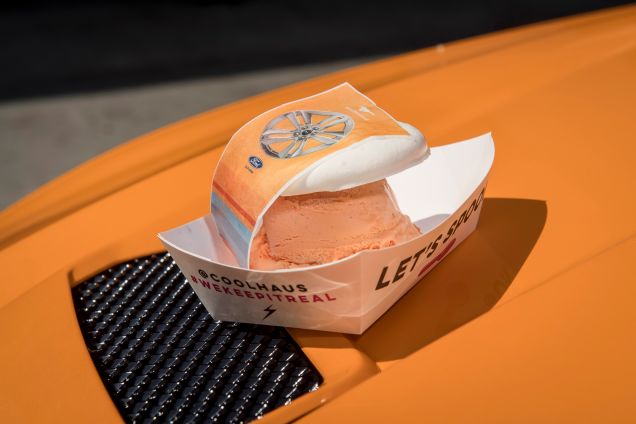 It was fun applying some of those same design philosophies into helping Coolhaus create an ice cream flavor that really embodies the new Orange Fury color. We can assure you it's delicious – two of Coolhaus' Vanilla Whoopie cookies covered in orange icing, sandwiching a scoop of orange ice cream. It's about as big as your head, so it's bound together by an edible wrapper. They're handing them out in New York City over the next few days and at Coolhous' flagship L.A. storefront. All to coincide with National Ice Cream Day, which we didn't know was a thing but seems like a worthy July event and should probably be a paid holiday.