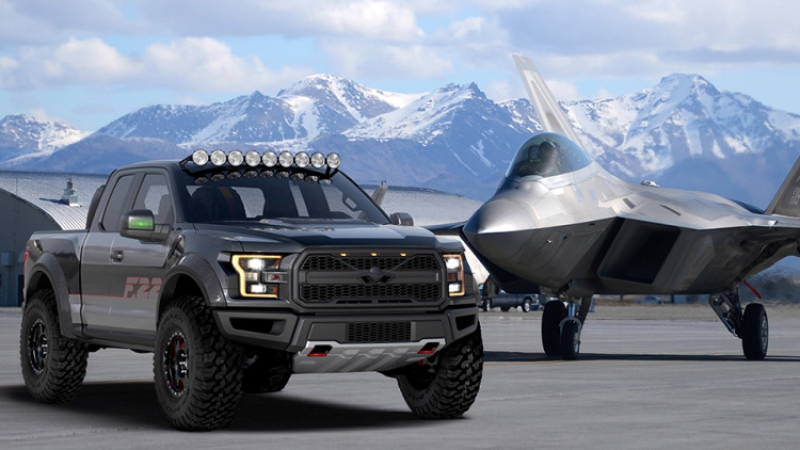 The F-22 Raptor pickup will be auctioned for charity at the Gathering of Eagles fundraising event, held on Thursday, July 27, at the EAA Aviation Museum.

If you ever dreamed of owning a very special F-150 Raptor, on July 27th your dream can come true. Ford has once again partnered with the Experimental Aircraft Association (EAA) to create a special-edition car to be auctioned for charity. But rather than than spice up another Mustang, as they have for the past three years, Ford and EAA created a different aviation tie-in: an F-22–themed Ford F-150 Raptor. The auction will benefit the EAA's youth aviation programs, which help thousands of young people to discover, enjoy, and pursue aviation.

For those who haven’t paid close attention, the Ford’s Raptor is unfortunately not named after the ferociously clever hook-footed dinosaurs we all came to know and love from the Jurassic Park movies. Its heritage is rooted in something a little less ancient and a little more airborne: the Lockheed Martin F-22 Raptor fighter jet. Considering that the off-road-focused F-150 already can shoot across terrain at high speeds and soar through the sky using its knobby tires as landing gear, the name seems justified. But this one-off special edition takes the connection a bit more literally. 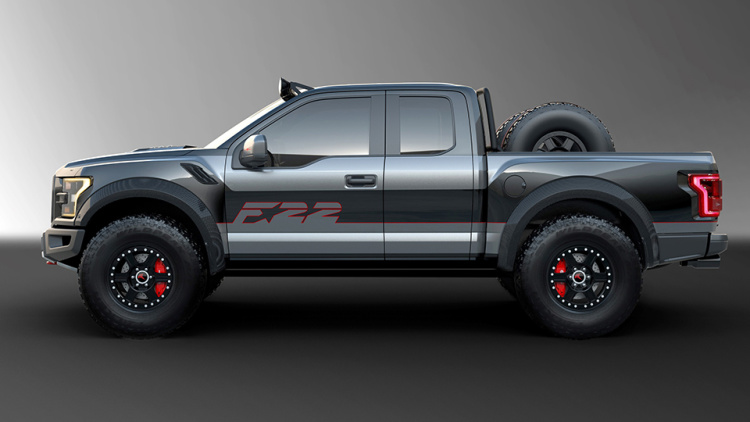 Following Mustangs with P-51D, F-16, and F-35 themes, the Raptor is the first Ford-EAA collaboration in years not to have wings of any type. Instead, Ford Performance and Ford design manager Melvin Betancourt boosted performance and added extra visual effects to draw the fighter-jet pairing closer. Thanks in large part to a Whipple intercooler, power from the Raptor’s 3.5-liter EcoBoost V-6 increases from 450 to 545 horsepower. It also has suspension, wheel, and brake upgrades to make the already supercapable truck even more so. New carbon-fiber bodywork, a special F-22 graphics package, an LED roof-mounted light bar, and a grille with a fighter-jet silhouette complete the look.