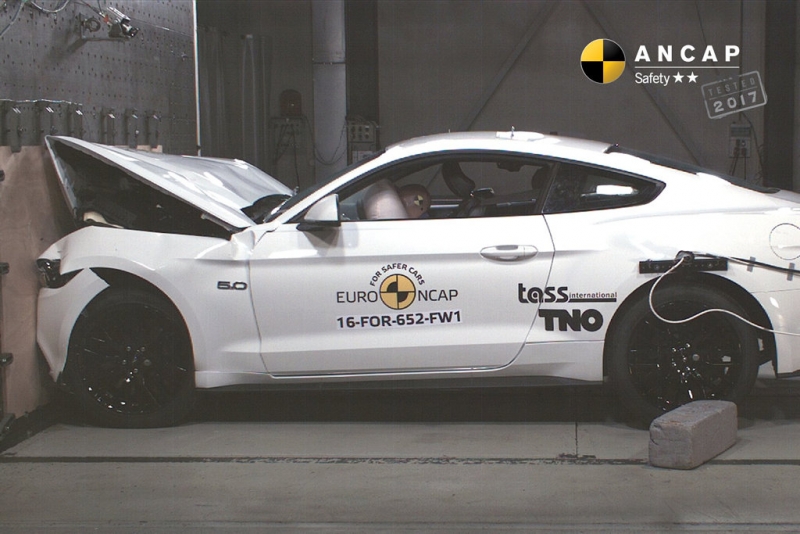 A lack of safety assist systems and underinflating airbags result in a low score.

The massively popular Ford Mustang GT V8 Fastback coupe has received a disastrous two-star safety rating from the Australasian New Car Assessment Program (ANCAP), based on testing conducted by sister organisation Euro NCAP, and more than a year after its local launch. 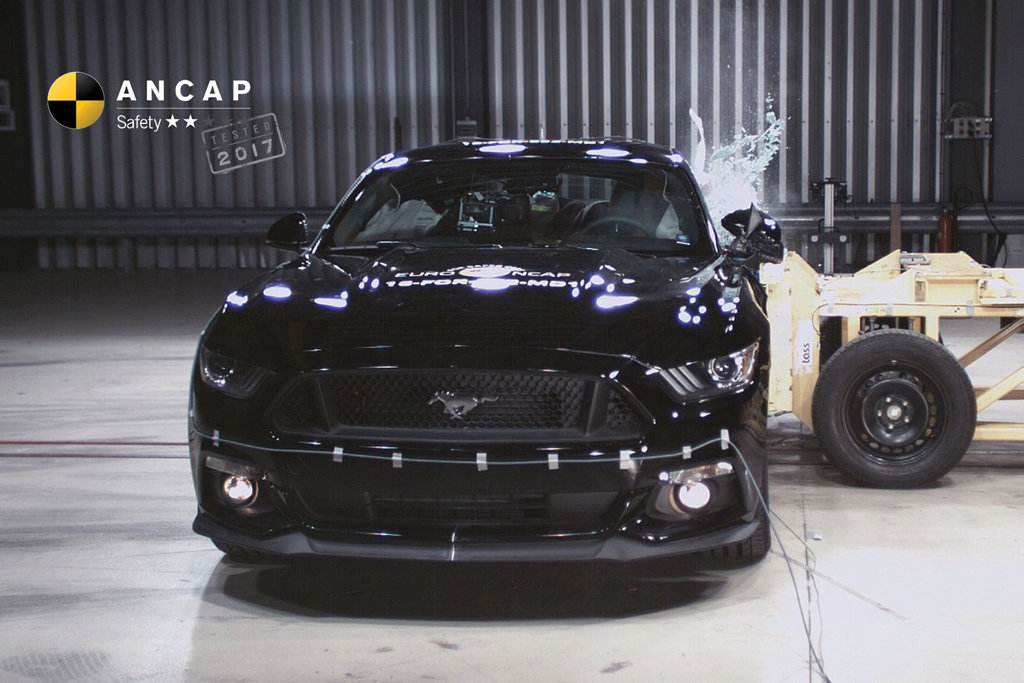 In response, a disappointed Ford defended the Mustang’s very sub-par safety performance across an array of procedures, while promising to add autonomous emergency braking and a lane-keeping aid to new cars from 2018. Given the fact the Mustang managed around 6208 sales in 2016, triple its nearest rival, the impact to buyers could be significant. Two stars is one of the lowest ratings in ANCAP’s history, though this week’s result stems from new, more stringent testing criteria than many other vehicles tested in earlier years. 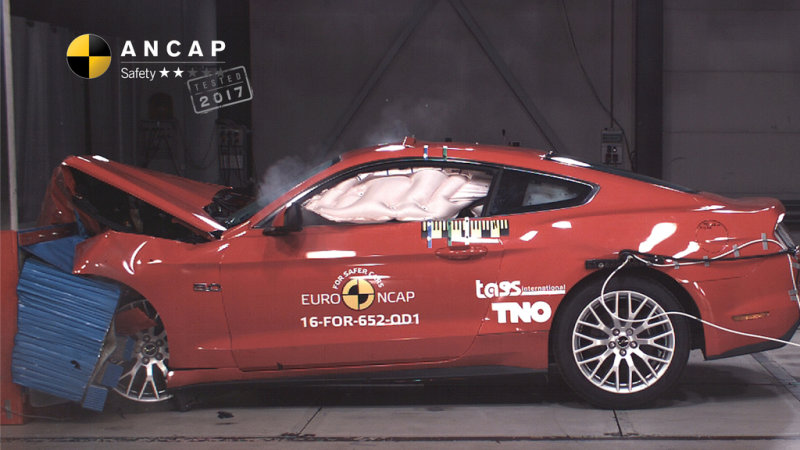